A new approach to passing off 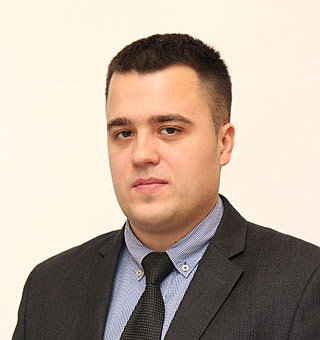 Russian legislation provides a very efficient mechanism to prevent illegal use of any kind of IP as well as unfair competition in different forms. However, in the past, the passing off issue was not clear to the Russian law enforcement authorities and they did know what it is and how to deal with it. Today, the situation has been totally changed and foreign laws and practice played a significant role in this respect.

Today, passing off is one of the most widespread forms of unfair competition. The term is often used in situations of making some false representation likely to induce a person to believe that the goods or services are those of another, in a way likely to cause damage.

This classic trinity was firstly introduced by the Jif Lemon case stating that a tort of passing off should be prohibited if the following requirements are met:

The approach had been developed in the L'Oreal v Bellure case considered by the Court of Justice of the EU where the following extended pre-requisites of this tort were established:

In this regard, it should be noted that a tort of passing off is closely tied to the definition of trade dress.

Trade dress as such is not protected as individual IP subject matter in Russia. However, it can be generally protected by trade mark law (including three-dimensional trade marks), design law (both as an industrial design or copyright) and by unfair competition law.

Considering the best practices in the EU, Russian legislation and enforcement practice has recently been changed towards broadening and specifying the tools for combating various forms of unfair competition and passing off (including lookalikes). An analysis of the previous and current approach of the Russian legislation and enforcement practice by the Federal Antitrust Service (FAS) towards suppression of passing off/lookalikes as acts of unfair competition is described below.

It should be noted that the previous version (before the amendments of 2015, which entered into force on January 5 2016) of the Federal Law No 135-fz of July 26 2006 "On Protection Of Competition" (the Law) prohibited the following forms of passing off: (i) misleading in respect of producer of goods; (ii) using in commerce IP belonging to third parties; (iii) bad faith trade mark registration.

Furthermore, item 9 of Article 4 of the Law states that unfair competition is any "actions of economic entities (groups of persons) aimed at getting benefits while exercising business activity, contradicting the legislation of the Russian Federation, business traditions, requirements of respectability, rationality and equity and which inflicted or can inflict losses to other economic entities-competitors or harmed or can harm their business reputation".

In these three cases the overall shape of the bottles and the colour of the labels were mainly taken into account by consumers when making a choice. FAS respectively decided in favour of the manufacturers of the original products (Finka vodka cases ## 11 14/ 50-11 dated May 16 2011, 14/25-11 dated April 14 2011, Beluga vodka case # 1 14/127-10 dated October 19 2010) based on the prior existence on the market and acquired distinctiveness. Notably, due to the premium status of the vodka Beluga, 41% of the polled consumers noted that their attitude to the original product would be negative if they have a negative impression from a lookalike.

All manufacturers of the originals used neither a reference to the registered industrial design rights nor copyrights with respect to defending their position in the cases. Again, the approach of a reputable product originally introduced on the market was used instead.

In another vodka trade dress case FAS tried to apply the approach of a reputable product with the registration of the shape as a 3D trade mark. However this approach was unsuccessful. The owner of the registered 3D trade mark with respect to Imperia vodka вЂ“ Russian Standard asked FAS to cease the passing off by removing Nasha [translated as "ours"] vodka produced by OOO Liviz from the market.

FAS applied the provisions of Item 1 (4) of Article 14 of the previous version of the Law and established unlawful use of the registered trade mark in commerce as well a potential damage to the reputable vodka brand on the Russian market due to the mere fact of existence of the lookalike on the market. However, the Commercial Court of Moscow dismissed the decision of FAS (case# 40-59946/14 dated August 6 2014, confirmed by the courts of higher instances) reasoning that the registered trade mark and the bottle used are not the same due to the differences in the trade dress. Furthermore, the court noted that a presumption of damages to the brand owner had no confirmation behind it.

In order to streamline the practice and avoid such negative consequences for good-faith market players due to the loopholes in the legislation, the following amendments have recently been entered into the Law with respect to passing off.

Besides, structuring the rules and describing possible forms of unfair competition the amendments concerned the procedure of consideration of cases which now allows FAS to issue warnings with the claims which must be fulfilled within the term prescribed by the warning. This shall allow to cease the unfair competition actions within a very short period of time without consideration of the case on the merits. However, if the competitor ignores the warning or does not fulfil the FAS's claims an administrative case will initiated and considered by FAS on the merits with a huge risk for the competitor to be fined for violation of the unfair competition rules in the very significant amount.

After the amendments entered into force FAS started to apply new provisions and even requalified some pending cases in accordance with the new approaches in order to ensure unification of its decisions.

For instance, FAS initiated case # 1-14-183/00-08-14 under Item 1 (2) of Article 14 of the previous version of the Law (and re-qualified the same under Article 14.2. of the Law) against Kalina (owned by Unilever) based on the claim of L'Oreal about unconfirmed "self-rejuvenation" features of the cream "Black Pearl" (pictured)..

Under the new provision of Item 7 of Article 39.1 of the Law FAS issued a warning to Kalina about stopping the infringement and removing the goods from the market. Since they complied with the order, the administrative case was terminated.

Another notable case initiated by FAS is the case Ferrero Russia v Essen Production (case no 1-14-140/00-08-15). The claimant, being the owner of the international registrations of its trade marks (pictured) asked FAS to stop the infringement and remove the lookalike from the market in accordance with Item 1 (2) of Article 14 and Item 1 (4) of Article 14 of the previous version of the Law.

FAS then decided to initiate a case on the basis of Item 3 of Article 14.2 of the Law only (misleading with respect to the manufacturer), stating that "despite the similarity of the structure (form) of the package, its design and shape are not original, primarily because convenience safety, optimal packing and transportation of sweets was the intended purpose. Design of the presented sample of the package for sweets with applied graphic and verbal elements is not confusingly similar to the degree of confusion with the corresponding elements of trade marks of Ferrero" (the opinion was obtained from the Russian PTO). The initial opinion poll conducted by the sociological branch of the Russian Academy of Science (Ferrero's order) confirming the similarity and the possibility of an erroneous purchase was dismissed by FAS since the polled consumers could not evaluate the issue of similarity as professionals.

FAS issued a warning to Essen, but it refused to comply. In this regard FAS additionally decided to qualify Essen's actions as a violation of Item 2 of Article 14.6 of the Law.

In order to support the initial claims Ferrero submitted a marketing investigation conducted by the GfK agency arguing that it had had a significant decrease in sales due to the presence of Essen's product on the Russian market. But FAS did not agree that this was the real reason of such outflow from the investigation and asked some retail chains, TNS Gallup (Mediascope) as well as AC Nielsen to verify the real market situation. The investigations' results showed that there was no actual correlation between the decrease in sales of the claimant and defendant, since the Raffaello sweets are traditionally used as a preferable gift for some Russian public holidays (such as the New Year and International Women's Day) and thus has an expressed seasonality in sales.

Defending itself, Essen submitted the results of the focus-group research (simulation of a purchase) stating that only one person out of 200 chose the "Q" package instead of the Raffaello sweets package, which is statistically indistinguishable from zero, and in the main control group instead of the Raffaello sweets, two people also chose other sweets. Thus, there was no risk of confusion between the designs of the compared sweets.

Furthermore, Essen submitted the results of the opinion polls conducted by the famous Russian sociological agencies WCIOM and LEVADA stating that despite the famous status of the Raffaello sweets the name of the producer is not famous among Russian consumers, and furthermore there is no similarity in the package designs. However, the erroneous purchase is possible due to the similar shape and taste of the sweets. But the probability of such a purchase is limited due to the price difference of these products (R230 versus R170).

Finally, FAS established that Ferrero was using a different package on the market in comparison with its registered trade marks:

In view of the above FAS decided to dismiss the claim of Ferrero, since the likelihood of confusion, and misleading of consumers, as well as the probability of suffering damages because of the misrepresentation were not proved by the case materials on file.

In view of the above, we can state that FAS has a clear approach for suppressing the passing off under the amended Law (using, inter alia, the broad toolkit of marketing investigations, opinion polls and expert's opinions). However, at the same time it is also trying to find a balance between the parties when considering the case, in order to minimise the negative impact on the defendant's business in case of the enforcement.