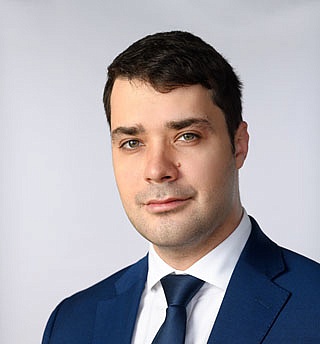 The Russian advertising regulatory landscape is subject to constant developments. The main advertising legal act in Russia is the Federal Law on Advertising 2006 (Law of 13 March 2006), and the enforcer of the law is the Federal Antitrust Authority (FAS), while local authorities have powers with regard to granting permission for outdoor advertising constructions.

This article covers the recent updates on advertising issues that both domestic and multinational players need to know when building their advertising strategy from a legal standpoint.

On 29 March 2022, the Russian Supreme Court rendered an important decision relating to the procedure of approval for outdoor advertising signs (Court case .

The dispute that reached the Supreme Court arose around what exactly may serve as evidence of "permission" from the trademark holder in order to comply with the regulatory requirement and whether a simple letter of consent would be acceptable evidence instead of a licence agreement. The Court ruled that the local authority should reconsider the application for outdoor advertising despite the evidence of permission to use the trademark being a simple letter of consent.

At present, advertisers will need to closely monitor those developments in order to have enough time to ensure compliance with the reporting obligations.

The advertising law contains a general ban on publishing alcohol advertising in some specific places, such as:

With its letter of 30 September 2021 , the FAS clarified that the ban applies to advertising of alcoholic beverages distributed in any way in these organisations and on their territory, including in the form of advertising booklets, cardboard dolls and portable pillars.

Further, the FAS also provided guidance on the calculation of the 100-metre limit. For this calculation, it will be necessary to measure the shortest distance from the location of placement (distribution) of advertising to the nearest point along the perimeter of the specified buildings, structures or fences of the venue or facility, and to do so in a straight line, taking into account existing obstacles or barriers.

With its letter of 24 May 2021 , the FAS resolved the practical issue relating to which cases the restrictions of the advertising law apply when it comes to non-commercial entities. The FAS clarified that such information may qualify as advertising if it relates to:

With its letter of 14 January 2021 , the FAS clarified previous amendments to the advertising law relating to the ban of advertising that features nicotine-containing products and related devices.

Thus, the FAS outlines that any demonstration of nicotine-containing products, including via electronic devices, is not allowed in advertising.

The provisions are already reflected in enforcement practice. For instance, the watchdog recognised wording in advertising such as "POD-systems", "liquids for vapes" and "one-use electronic devices" relating to nicotine-containing products as illegal (Resolution of Samara city division, 14 January 2022, the FAS regarding case .

Russian advertising law bans the use of vehicles exclusively or primarily as mobile advertising structures, including:

In its letter of 29 December 2021 , the FAS clarified that bans extend to cases where a vehicle with an advertising medium placed on it:

In recent years, the advertising regulation in Russia has been undergoing changes, and FAS letters are useful when clarifying new developments.

In this regard, while building up an advertising campaign in Russia, it is necessary to take new regulations into account.

Additionally, the soon-to-be-launched system of online advertising reporting is expected to raise practical issues requiring in-depth knowledge of how to comply with the new requirements in cost-effective ways.

Further, expected clarifications of the Supreme Court with regard to the requirements for approving outdoor advertising (in cases where the advertising contains trademark images) will facilitate a simplification of documentary compliance mechanisms.

ILO Newsletter
Ilya Goryachev
All articles About the author