Protection of three-dimensional marks in Russia 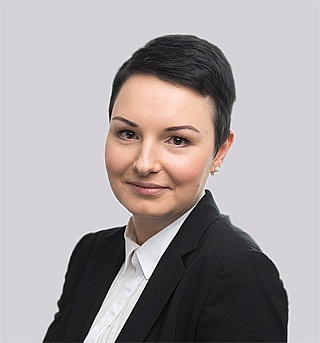 What are three-dimensional marks?
What to, or not to, protect?
Peculiarities of examination

Modern trends in all aspects of life call on us to be unique, to unveil oneвЂ™s individuality, to challenge ourselves, and to come up with breakthrough start-ups. Once a bright idea enlightens oneвЂ™s way and a brand-new product is born, it is time to invent a catchy name and/or an eye-catching shape to highlight it in the line of its common predecessors. That is where trademarks come in вЂ“ designations used to individualize the goods of legal entities or individual entrepreneurs.

Part VI of the Russian Civil Code foresees that word, figurative, three-dimensional and other designations or their combinations can be registered as trademarks. A trademark may be registered in any color or combination. The list of designations that can be registered as trademarks provided in the Civil Code is not exhaustive; Regulations for compilation, submission, and consideration of documents for state registration of trademarks (hereafter вЂ“ вЂњRegulationsвЂќ) suggest an expanded list of signs that may be granted protection in Russia, including non-conventional marks such as sound marks, light marks, motion marks, holographic marks, tactile marks, positional marks, olfactory marks, gustatory marks, marks consisting exclusively of one or more colors. Considering the fact that obtaining protection for such types of designations is quite a challenging procedure, most manufacturers operate more traditional signs, among which three-dimensional designations stand out though.

What are three-dimensional marks?

A positional trademark is a trademark consisting of the specific way in which the mark is placed or affixed on the product.

It seems also quite clear that threedimensional designations that represent the shape of the goods, which is determined solely or mainly by the property or purpose of the goods, or the shape of the packaging of the product that is customary to the specific item, cannot be registered as trademarks due to lacking distinctiveness; for example, a shape of a bottle for bottles.

The Guidelines for the implementation of administrative procedures and actions for the state registration of trademarks (hereafter вЂ“ вЂњGuidelinesвЂќ) indicate that, in order to determine distinctiveness of a three-dimensional designation representing the shape of the product, it is imperative to establish whether the shape itself is capable of distinguishing the applicantвЂ™s goods from similar goods of others, in other words, whether consumers may recognize and choose the applicantвЂ™s merchandise exclusively by its shape. Similar criterion is applied to define distinctiveness of a three-dimensional sign being the shape of the packaging of the product. Good examples of three-dimensional marks that meet the criterion of registrability are the shape of a rabbit for confectionery goods and the shape of a ladyвЂ™s shoe for perfume.

What to, or not to, protect?

The option to obtain protection for a threedimensional mark subject to a disclaimer of the shape of the article is thought-provoking. If the shape of an article is ordinary and utilitarian and is subject to a disclaimer, may such mark still be regarded as a three-dimensional one? While the shape is excluded from separate legal protection and the mark registered as a whole, does not it mean that a mark actually becomes a positional one in its nature? A positional trademark is a trademark consisting of the specific way in which the mark is placed or affixed on the product. The outline of such a designation is made in broken lines indicating that the form of a product is not claimed as a feature of the mark but gives the idea of the placement of the mark on the goods. As such, a disclaimer of the shape of the article in a threedimensional mark provides for the same, does it not? For example, if a designation representing a three-dimensional bottle of a common shape with a label attached thereto is registered as a trademark with the disclaimer of the shape of a bottle, shall it be treated as if the protection is actually granted to the label placed on a specific part of the bottle? Or else another question to raise is whether the use of the label on the bottle of another shape may be considered as proper use of the registered three-dimensional mark? In the Russian Federation, the marks are protected exactly the way they are registered; slight changes while using the mark are permissible as long as they do not affect the distinctive features of the mark.

Slight changes while using the mark are permissible as long as they do not affect the distinctive features of the mark.

Generally, the addition or removal of nonprotected elements (such as simple lines, numerals, obvious technical information) are acceptable amendments, but when it comes to the non-protectable shape of a threedimensional mark, the fact of whether its substitution to a non-protectable shape of another contour should be considered as an admissible change may be a matter of dispute.

Another aspect of three-dimensional marks that is being discussed now in the professional IP community, and that is associated with the above speculation, is the definition of a form of a three-dimensional mark, particularly, if the shape of goods should be defined exclusively by the outline. In terms of establishing distinctiveness of a three-dimensional designation perceiving a shape of a product merely as its contour seems to be narrow. Taking into account that modern technologies permit sophisticated processing of various materials, a form may be characterized not only by its outline but also by various decorative elements which make part of a form and cannot be separated, for instance, a unique color combination, a texturized surface, engraving. Such artistic/decorative elements of a shape of a product can give even a customary form another level of perception, enabling consumers to identify the product of the manufacturer by its shape, thus, making the three-dimensional mark distinctive enough to be used as a means of individualization. However, the question is whether in such a case an ordinary shape of a product should be disclaimed nevertheless. Evidently, it is an elaborated ornament that ensures distinctiveness of a three-dimensional designation when having an ordinary shape, but as long as such an ornament is an integral part of a form, it seems rational not to disclaim the form.

Furthermore, the issue as to whether each element of the form should be considered separately or as an overall representation should be evaluated when establishing distinctiveness of the designation is also arguable. On the one hand, if a shape of an article or packaging has outstanding elements that attract attention and visually dominate the mark, it might be worth assessing each element separately. On the other hand, the provisions of the Russian Civil Code foresee that a designation, which is composed of non-distinctive elements that in combination create a unique composition that has a completely different level of perception, when viewed as a whole, may be recognized as having a distinctive character. Under such circumstances, estimating the general impression of a three-dimensional mark seems to be appropriate.

Another argument in favor of estimating the general impression created by a three-dimensional mark arises from the aforementioned fact that decorative elements may be fused with a customary shape, thus making the form distinctive. An example of such a trademark is an international registration No.1231845 for the three-dimensional G.H. MUMM bottle, while the shape of a bottle, if considered separately, is common and red line, if considered separately, lacks distinctiveness, the integrity of the traditional shape of the bottle and the red line being engraved on the shape makes the bottle design sufficiently distinctive to function as a trademark.

Of course, when considering distinctiveness of a three-dimensional designation it is advisable to analyze if producers typically use such a shape of a product or a package as a result of the fact that there is no alternative to such a shape from a technical point of view, in other words, whether the claimed shape may be deemed traditional and functional in respect of the applied goods and dictated by the need to achieve some technical result. To get an objective picture, it is recommendable to study the so-called analog range of shapes having a similar purpose to get to know common features of such shapes. If the range is deep enough, then even the minor differences from the customary features should be qualified as being sufficient to contribute to the distinctiveness of the shape.

Though there are disputable issues in respect of the examination of three-dimensional marks and their scope of protection, such designations undoubtedly may gain popularity among the producers, especially within the segment of the beverage industry, being unique means individualization. It is generally considered that the word marks are easy to remember, which is true, however, three-dimensional marks have every chance to fill consumersвЂ™ hearts as certain designations look like a piece of art, and art does not need words.

The Trademark Lawyer by CTC Legal Media, issue 2, April 2022
Alina Grechikhina
All articles About the author