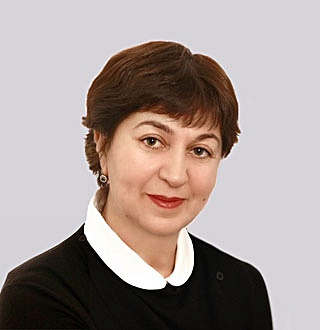 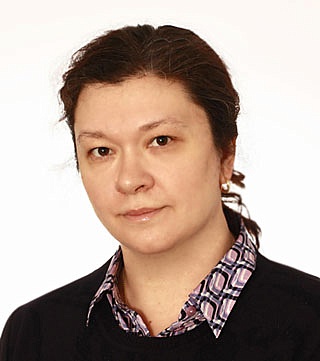 Currently, an examination system of claimed designations exists in Russia. It provides for a check of at least two main grounds for trademark registrability, namely absolute and relative grounds for refusal, to grant legal protection.

The system has not changed much since its inception, but recently, we are beginning to see changes, which, from our point of view, have improved the existing system of examination.

According to the first clause of Russian Civil Code Article 1493, any person may submit to the the Federal Executive Authority for Intellectual Property (Rospatent) information relating to application materials: "After filing a trademark application with Rospatent, any person has right to familiarise himself with the application documents."

"Rospatent shall publish the information on filed trademark applications in its official journal. After publishing the information on an application before taking a decision on state registration of a trademark, any person may file to Rospatent a written submission containing the arguments on non-compliance of the claimed designation with the requirements of Articles 1477 and 1483 of this code."

This means that there is an opportunity for any third party to make an opposition by filing a written observation specifying the causes and reasons, for which the claimed designation may not be granted legal protection.

Such causes and reasons may include the existing earlier rights of any other persons, for example, registrations of similar trademarks with regard to similar goods and services or applications for registration as a trademark of similar designations with an earlier priority. In this case, it is important that a submitter does not have to prove legal interest in filing of such written observation.

It should be noted that such written observations are often based on the information of earlier rights that relate, for example, to a trade name or copyright. However, substantive examination of a trademark application is not conducted with regard to such rights at the examination stage and it is important how the submitter states the causes, for which, in the submitter's opinion, the claimed designation should be refused to be registered.

Despite the fact that an examination with regards to earlier rights to a trade name or copyright is not conducted at the application stage, such information may be presented as a possibility for misleading consumers as to the manufacturer of goods or supplier of services. This ground for refusal is taken into account within substantive examination and it is highly possible that an examiner will take such information into account.

We could say that an informal opposition system exists in Russia, and in our experience, in most cases the arguments of oppositions are taken into account by the examiners, which prevents registration of confusingly similar trademarks or trademarks that may be a reason for misleading consumers with regard to a manufacturer of goods or a supplier of services.

This document determining the legal framework, forms of and procedure for implementation of the proposed changes to trademark practice is being analysed with great interest by trademark and patent attorneys, some of which have criticised the appropriateness of introducing new provisions governing opposition, while others see obvious advantages both for the government and for any interested persons.

The opposition procedure provides for examination for absolute grounds only, publication of the information on the claimed designations before taking a final decision on the application and the opportunity to file an opposition to a trademark registration by any interested person.

It should be explained here that division into absolute and relative grounds for refusal was removed from the trademark legislation with the replacement of the separate Russian law with a chapter in the Civil Code. However, such terms are still used by the professional community to indicate the point of refusal of registration.

The introduction of the opposition system will automatically result in returning to the legal framework of absolute and relative grounds for refusal, which is seen as an obvious advantage, since it will make it possible to clearly draw the line between trademark protectability criteria and will prevent substitution of notions. The official introduction of absolute and relative grounds for refusal will improve the practical application of the legislation and prevent confusion of these criteria.

Another positive aspect that will follow the introduction of the opposition system is enabling manufacturers to estimate whether there is confusion between trademarks, since oppositions will be filed by third parties only if there is an actual risk of confusion. At the same time, the system of examination in Russia provides for a full check of protectability conditions by absolute and relative grounds, which, to some extent, allows us to speak of a certain reliability ensured by the government.

Introduction of the opposition system may result in a loss of a unique Russian examination, on the one hand, and an increase in the registration of trademarks that are similar or identical to earlier ones, on the other, since the holders of earlier rights can incur any extra expenses on monitoring applications or the opposition procedure.

The advantage in this case is that applicants will, less often than now, have to prove the possibility of the co-existence of trademarks in the Russian register

The advantage in this case is that applicants will, much less often than now, have to prove the possibility of the co-existence of trademarks in the Russian register. Oppositions are primarily filed only in cases where confusion is most likely to arise, but not on the basis of an expert's judgemental and speculative opinion. The disadvantage is in the risk of registration of trademarks imitating famous brands if their right holders for any reason fail to file an opposition.

Based on other jurisdictions, it should be noted that full examination is not unique to Russia. Such examinations are carried out, for example, in Brazil, India and the US. In many countries, the opposition procedure applies in parallel with full state examination. A similar rule providing the possibility to file written observations against pending trademark applications has been recently implemented in Russia.

The current examination period and overall period for trademark registrations in Russia may be reduced even more within the existing system, for example, due to the reduction in the period for checking the applied list of goods and services for their compliance with the legal requirements, as well as to a reduction in the period from the trademark registration duty payment to registration certificate issue, which is one to two months at the moment.

Julia Pakhomova
All articles About the author