Abuse of trademark rights: New approaches of the Russian courts 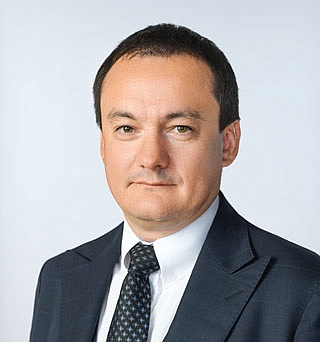 At that, the court shall have the right to refuse to protect the trademark right on the basis of Article 10 of the Civil Code of the Russian Federation in case the actions on the state registration of a trademark constitute abuse of right.

According to the Law вЂњOn Protection of CompetitionвЂќ No.135-FZ of July 26th 2006, a trademark registration can be cancelled by the Trademark Office on the basis of the decision of the antitrust authority recognizing acquisition and use of an exclusive right to the trademark as an act of unfair competition (Article 14.4 of the Law).

A company which believes that a competitor did not have the right and legal interest in registration of a trademark may initiate a case before the antitrust authority and provide evidence supporting the claims. During the proceedings it has to be confirmed that the owner of the trademark obtained the registration for the purpose of getting unfair advantages over his competitors on the same market, and his actions caused вЂ“ or may cause вЂ“ damages. Usually, such cases relate to those designations which are registered in the name of a company despite the fact that the same designation has already been used by its competitors for a long time.

A brilliant example of such case is ANTIGRIPPIN [antiflu]. This designation has been used in Russia since the seventies by different manufacturers as the name of a medicine. However, between the years 2007 and 2009 this designation was registered in the name of a Russian company вЂњNatur ProduktвЂќ JSC as part of the packaging of the medicine. After the registration, the owner started sending out cease and desist letters to companies selling ANTIGRIPPIN medicine, including вЂњAnvilabвЂќ LLC which produced the medicine under the same name. Believing that nobody should be allowed to obtain an exclusive right to the name of the medicine used in Russia for such a long time, вЂњAnvilabвЂќ LLC launched an action with the antitrust authority which issued a decision recognizing the actions on registration and use of the trademark as an act of unfair competition. These actions are prohibited under the Russian Law вЂњOn Protection of CompetitionвЂќ as well as Article 10bis of Paris Convention. After that вЂњAnvilabвЂќ LLC submitted the decision of the Antitrust authority to the Russian Trademark Office and the registration of the trademark ANTIGRIPPIN was terminated. In the meantime, since вЂњAnvilabвЂќ LLCвЂ™s customers strayed from purchasing the medicine from вЂњAnvilabвЂќ LLC the latter filed an action for recovering damages (lost profit) in the amount of 1,66 billion rubles (approx. US $32 million). Taking into account the fact that the unfair competition behavior of вЂњNatur ProduktвЂќ JSC was established by the Antitrust authority and strong evidence of the inflicted damages the court satisfied the lawsuit of вЂњAnvilabвЂќ LLC and awarded damages in full. The decision of the court was upheld by the Supreme Court (case No. 56-23056/2013).

The Supreme Court opines that the similarity of goods should be taken into account for establishing the legitimate interest of a person seeking cancellation of a trademark.

The non-use cancellation actions are another type of trademark dispute which can be handled by the IP Court. Basically, in these kind of disputes, the claimant must prove his legitimate interest in cancellation of the trademark, while the trademark owner should submit sufficient and valid evidence of use of the trademark in Russia with respect to the goods and services for which the trademark was registered. At that, according to Para 41 of the Review of court practice of cases concerning settlement of disputes on IP rights protection (approved by the Presidium of the Supreme Court of September 23, 2015), the evidence of use can be considered valid if it refers to the same (identical) goods listed in the trademark registration certificate, but not similar goods (including those which are intended for the use as ingredients and components).

In Para 40 of the above mentioned Review the Supreme Court further explained that the fact of filing a trademark application for identical or similar designation cannot be considered per se as the valid reason for cancellation of the trademark registration due to its non-use. The claimant must also prove the intention for the use of the disputed trademark with respect to the same or similar goods or services (in the Review a reference is made to the Resolution of the IP Court of October 24, 2014 case No.SIP-259/2014).

Thus, the Supreme Court opines that the similarity of goods should be taken into account for establishing the legitimate interest of a person seeking cancellation of a trademark but should not be taken into account with respect to the evidence of use of the trademark. Obviously, such an approach puts the trademark owner into quite unfavorable position and should not be applied as the general rule.

Despite the above approach of the Supreme Court, the trademark owner filed an appeal with the Judicial Chamber on Economic Disputes of the Supreme Court, claiming that the similarity of goods argument should be applied in this case. In its Ruling No. 300-EC15-10765 dated January 11, 2016 the Supreme Court came to the conclusion that the use of criteria of identity of goods and services does not allow, in many cases, to resolve an issue on saving the trademark registration without breaking the balance of rights of the parties in dispute.

Consequently, the Court indicated that a set of criteria should be taken into account including criteria of similarity of goods. The importance of this criteria shall increase for the purpose of efficient protection of the famous trademarks. The Supreme Court established that the trademark owner had been operating on the Russian market over 10 years, and the goods of the company as well as the trademark became very popular. Under such circumstances вЂ“ and in view of the fact of manufacturing similar goods by the claimant cancellation (even partial) вЂ“ the trademark might have led to misleading consumers regarding the producer of the goods and parasitism on the fame of the trademark of the company and its reputation, i.e. it might give unfair advantages to the competitor. Also, the Supreme Court indicated that the purpose of cancellation of a trademark due to its non-use is to let other persons register identical or similar trademarks for the same or similar goods, but not kicking the competitors out by cancellation of their trademarks.

In this light the Supreme Court recognized the actions of the claimant unfair and reversed the decision of the Presidium of the IP Court and dismissed the case of the basis of Article 10 of the Civil Code.

In the past, the Russian courts very rarely (if at all) applied the abuse of right principle and in most cases granted permanent injunctions in the trademark infringement cases initiated by the trademark owners. However, the recent trend demonstrates that the courts pay a lot of attention to the behavior of the right holders and carefully evaluate the purposes of registration of the trademarks and claims. The change of the trend was triggered by a series of cases launched by the company вЂњNew technologiesвЂќ LLC against producers of the goods under the designations similar to the trademarks registered in the name of the claimant.

Having considered, in particular the case against Perfetti van Melle,the court carefully examined all the circumstances surrounding the case (court case No. 14-10320/2014) and established that according to the database of the Trademark Office the claimant is the recorded owner of more than 300 trademarks, and from the date of registration of the disputed trademark more than 18 years have passed and no evidence of use of the trademark by its owner were presented.

Moreover, according to the decision of the IP Court, the registration of the disputed trademark was terminated due to its non-use. Besides, the defendant (Perfetti van Melle) produced information on filing several lawsuits by the claimants to other producers containing monetary claims only.

As has been demonstrated above, the abuse of right principle is quite a new phenomenon for the trademark disputes which allows the court to take into account all the circumstances of a particular case and issue a well-balanced and fair judgment. This trend should instill optimism to the honest producers and encourage them to successfully deal with complicated cases even in those circumstances where traditional approaches fail.

The Trademark Lawyer, Issue 5, 2016
Evgeny Alexandrov
All articles About the author