IP on the Go

If one takes a birdвЂ™s eye view of the Russian IP law, one may see that IP law has always been the focus of attention of the law-making bodies as well as the professionals. Beginning from a more or less solid compilation of the laws in 1992, they have been consistently improved over the years until they were bound in one book attached to the Civil Code as Part IV in 2008. After that, the development of the law continued, accompanied by ideas stemming from patent office practice and judicial practice.

The law developed in close connection with adherence to international agreements; in fact, Russia is a member of almost all of the agreements in the field of intellectual property.

Currently, the law has all the trappings of the system, fully responding to the needs of IP owners. Sometimes changes are noticeable, sometimes less conspicuous.

In some cases, the law does not change but practice forming bodies change practice so that such changes acquire importance equal to amendments in the law.

Customs are one of the best law enforcement bodies. More than eight million counterfeit goods from dozens of countries were discovered by customs during nine months of 2020, with subsequent measures for willful importers. A Customs Register was put in place some time ago to enable customs to find counterfeit items more efficiently. Only trademarks and copyrighted works are eligible for inclusion in the register. It turned out to be a very efficient tool in protecting the market against counterfeit goods. Several documents are needed to formalise inclusion in the register. The customs register is kept according to the law on Customs Regulation and the Customs Administrative Regulations.

Article 306 of the law set forth that the request for inclusion in the register should include information on the goods that infringe the rights according to the rights owner. That information should be detailed enough for the customs to discover such infringing goods.

Section 25 of the Regulations was even more specific. It read that вЂњApplication submitted to the Russian customs asking for the measures to suspend clearance of goods without information on the goods having counterfeit features should not be accepted...вЂќ

In many cases, trademark owners had no difficulty in providing such information. Still, there were also cases where trademark owners exporting their goods to Russia wanted to include their trademarks in the register and failed to do so because they did not have the characteristics of counterfeiting their goods. That practice continued for years until the owner of the trademark TRIVIUM appealed against the customsвЂ™ refusal in court. He lost in three court instances and went to the Supreme Court. The Supreme Court repealed the judgments of lower courts and obliged the court of the first instance to reconsider IP on the Gothe decision. This was done in mid-2020 so that the trademark could be included in the register without information describing past infringement cases.

Incidentally, the Law on Customs Regulation was also amended in June 2020 so that Article 328 thereof does not now require submission of counterfeit features of goods. It only states that the right owner may attach samples of goods to his application confirming infringement of his rights. So, a stubborn desire belonging to a trademark owner who wanted to protect ones' rights paved the way for many other rights owners making it much easier to enter their trademarks into the customs register.

For the sake of justice, it should be said that customs continue asking for counterfeit features of goods. Their insistence can be understood. When customs clear the goods, information on counterfeit goods helps them immensely. Moreover, it is also for the benefit of the right owner, so he is well advised to provide such information whenever possible. If there is no such information, the trademark should be entered in the register all the same. Another example showing the interaction between the IP owner, the patent office, and the courts concerns well-known trademarks.

The procedure for recognising a trademark as well-known is cumbersome. Many documents have to be submitted to the patent office as well an expensive public poll that should be conducted, though not obligatory, but highly recommendable. Perhaps because of those hurdles, there are slightly more than 200 registered well-known trademarks only.

One of the questionable issues in the recognition procedure is that the patent office presumes that the owner of the trademark should be known to the consumer in the same way as the trademark itself.

As time went on and business arrangements became diversified, it became clear that the famous character of a trademark and that of its owner are not the same things. Many global companies have a diversified structure and may authorise other companies through licensing or otherwise, to do business in a particular field. 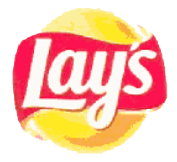 For example, PepsiCo Inc, which began with a famous drink, expanded its grasp on the consumer with many other products, subsequently registering various trademarks. One of its marks is LAY'S for potato chips.

Those chips are extremely popular in Russia. The trademark (No 283065) was registered back in 2004. More than ten years later, PepsiCo tried to win recognition of the trademark as well-known and provided vast information and documents to support its request. Sales and marketing of chips in Russia were made by вЂњFrito Lay Manufacturing Ltd., a licensee of the trademark owner.

The Chamber of Patent Disputes, the authority for examining such applications, acknowledged that "the relevant products individualised by that trademark and enjoying worldwide popularity obtained a considerably large share on the Russian market of such goods and sufficiently wide popularity among Russian consumers...вЂќ

That was a good start with a bad ending because the next passage reads: вЂњhowever none of the documents provided by the applicant (PepsiCo) contains any information that would point to direct participation of the applicant proper in production and marketing in any way in Russia of the goods individualised by the trademark under examination." No information would show that the goods are positioned on the market as the goods of the applicant. Following those statements, the Chamber of Patent Disputes concluded that Russian consumers of the relevant goods are not aware of the fact that those goods proceed from the applicant in whose name the well-known status was sought.

The patent office was deeply entrenched in its specific understanding of Article 6bis of the Paris Convention and continued rolling out similar decisions; however, other aspirants to the well-known status of trademarks felt the winds blowing from another legislative side.

Late in 2018, Sunecho Ltd., Cyprus, filed a request to the Chamber of Patent Disputes seeking recognition of a trademark Р РћР›Р›РўРћРќ as well-known in Class 29. The applicant set up a Russian subsidiary Mareven Food to which it issued an exclusive license for producing food products. The scope of use of the trademark is quite impressive. Suffice to say the goods under that trademark are sold by 795 distributors all over Russia, including the largest retail stores.

The Chamber of Patent Disputes agreed that the applicant's documents led to the conclusion that the trademark is known to the consumer on the market. At the same time, the submitted documents did not prove that the trademark is well-known because the loyalty of the consumer to the goods marked with the designation вЂњRollton" shows its positive stance to the product itself but does not confirm the fame of the person whose products are individualised by that trademark.

The applicant (Mareven Food) appealed the decision of the Chamber at the IP Court. Incidentally, the exclusive licensor and not the trademark owner intervened in court proceedings that circumstantially confirmed that the owner of the trademark's knowledge might be irrelevant. The IP Court supported the opinion of Mareven Food in that the consumer should not necessarily associate the trademark with its owner. It obliged the patent office to register

as a well-known trademark.

This time, the patent office appealed the judgment at the Presidium of IP Court. The Presidium confirmed the findings of the first instance court that the key factor in recognising a trademark as well-known is its fame in the eyes of the consumer and not the knowledge of the applicant who sought recognition. This approach is in full conformity with Article 6bis of the Paris Convention and Article 1508 of the Russian Civil Code.

This landmark judgment was handed down on December 11, 2020. It remarkably corrects the patent office practice and makes the procedure of recognition of well-known trademarks much more applicant-friendly.

There are other examples. The law and practice, be it of the patent office, of the courts, or other law enforcement agencies, is an interrelated ever-developing mechanism supported by the active involvement of IP professionals.