Offensive Trademarks Raise Doubts, or not? 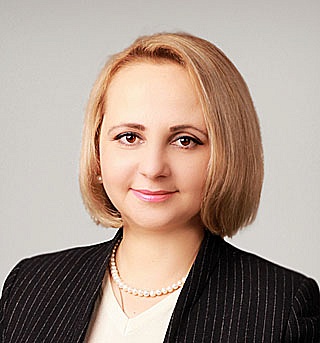 Offensive trademarks are designations that, by virtue of Sub-clause 2 of Clause 3 of Article 1483 of the Civil Code, may not be registered as trademarks if they represent designations or comprise elements detrimental to the public interests, humanity, and principles of morality.

Such designations may include further designations that represent or comprise words, phrases, images, three-dimensional and any other designations or their combinations, which, both themselves and used as trademarks, contradict the legal foundations of public order and (or) may trigger indignation of the society members based on the universal moral principles.

The practice of applying this legal prohibition on the registration of вЂњscandalousвЂќ marks is characterised as one of the most challenging and controversial issues due to objective reasons as well as since each expert examining an application relies on his own вЂњmoral codeвЂќ. Besides, public interest and morality are shifting over time. All this gives rise to various myths about this legal norm.

We will focus on some of them and decipher what is true and what is not.

It is not true.

As a rule, the law of foreign countries concerning the protection of trademarks contains a prohibition on the registration of вЂњscandalousвЂќ marks, which is applied along with other grounds for refusal, both during the expert examination of a claimed designation for registration as a trademark and during appeals against trademarks if its registration is detrimental to the public interests (or public order) and (or) morality.

It is impossible to overcome a refusal to register based on this norm.

It is not always true.

The analysis of practice shows that it is possible to overcome such a refusal. However, it is usually very difficult. There are cases where it does not work (because the applicant failed to find enough arguments to disprove the expertвЂ™s arguments), or it is impossible in general. For example, if the claimed designation is semantically negative and evokes unpleasant associations.

For instance, the patent office refused to register the claimed designation

for the goods вЂњrumвЂќ (class 33 according to ICGS), since the word вЂњCONTRABANDOвЂќ included in it is translated from Spanish into Russian as вЂњsmugglingвЂќ вЂ” illegal transportation of goods, valuables, and any other items across the national border accompanied by a violation of the customs regulations. On this basis, it was concluded that registration of such a mark is detrimental to the public interests, since any import and sale of smuggled goods, particularly alcoholic products, violates the Russian FederationвЂ™s law. However, the applicant was able to find enough arguments and provide the necessary evidence that this designation did not contradict public interests. There even was the history of the origin of this name (this rum was smuggled into Spain in a touristвЂ™s suitcase) (RospatentвЂ™s Decision dated 31 July 2018). As a result, the mark was registered under No. 674916.

Refusal to register based on this norm is not explained by the patent officeвЂ™s examiner, and sometimes it is not actually clear why this legal norm was applied.

As practice shows, when challenging such refusals under the administrative procedure, indicating only the relevant clause and number of the article of the Civil Code is regarded as not proved and is not taken into account during further consideration of the dispute. However, there are cases when challenging refusals to register trademarks for other grounds, the panel of the patent office for considering such disputes may, at its discretion, apply this norm as an additional ground for refusing registration of the mark. In such a case, the applicant, already during consideration of the dispute, has to find arguments proving that the designation claimed by him in general and (or) its registration as a trademark corresponds to the public interests and (or) morality principles.

For example, the registration of the designation containing the word element вЂњSexymodaвЂќ (translated from English as sexy fashion) is detrimental to the public interests for part of the goods and services specified in application No. 2012735078 for registration of a trademark, in particular, for: вЂњRadioactive substances for medical purposesвЂќ (class 05 according to ICGS), вЂњchildrenвЂ™s pants [clothes]вЂќ (class 25 according to ICGS), вЂњorganisation of [educational] competitions; amusement parksвЂќ (class 41 according to ICGS). For other claimed goods of classes 03, 05, 10, 14, 18, and 25 and services of classes 35, 39, 41, and 44, according to ICGS, this designation is not вЂњscandalousвЂќ and may be registered as a trademark (reg. No. 521942).
(RospatentвЂ™s Decision dated 31 July 2014).

Surnames of prominent figures may be recognised as вЂњscandalousвЂќ marks.

Yes, they may be.

In some instances, when designations representing or comprising as their element surnames, names, or alias names of any prominent figures in politics, economics, science, culture, etc., both from the past and present, are claimed, their registration as a trademark may be regarded detrimental to the public interests and (or) morality.

For example, the claimed designation

under application No.2011716217 (for goods of Class 33 and services of Classes 41 and 43 according to ICGS) reproduces the surname of a famous Russian chemist D. I. Mendeleev, for which reason registration of a trademark in the applicantвЂ™s name will be detrimental to the public interests. When making the decision refusing to register this mark, the patent office considered the importance of that person and his scientific heritage for Russia. It proceeded from the fact that the outstanding Russian scientistвЂ™s name and reputation were the public domain. The grant of the exclusive right to the said designation in the applicantвЂ™s name would give him unreasonable precedence over other business entities.
(RospatentвЂ™s Decision dated 31 August 2012).

Along with this, let us note that there is also practice when the designations, which do not exactly reproduce the surname of prominent figures, but which may cause someone to see the veiled use of the surnames of such figures, are classified as вЂњscandalousвЂќ.

For example, the claimed designation

was described as a coined word designation вЂњPU IN,вЂќ having no semantic meaning. A space between the two claimed syllables makes it possible to put any letter between them. However, due to the wellknown character of the name of Russian President Vladimir Putin, not only in the Russian Federation but also worldwide, this designation may be perceived by the consumer precisely in conjunction with the surname Putin. In this regard, Rospatent considers that any use of the claimed designation as a means of labelling for food and beverages (goods in Classes 29, 30, 32, and 33 according to ICGS) will have a tinge of disrespect towards a well-known and acting politician, which, in fact, is detrimental to moral principles.
(RospatentвЂ™s Decision dated 8 December 2008 under application No. 2006721262)

The Global IP Matrix magazine, issue 8
Tatiana Pogrebinskaya
All articles About the author