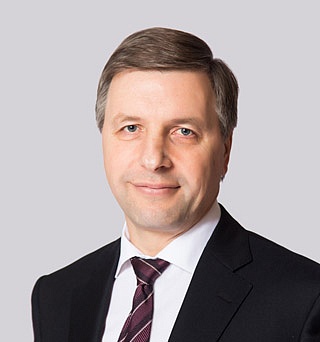 The development of a new drug is a sophisticated processвЂ¦

Scientists synthesize thousands of substances that could potentially become medicines. According to sources, only one of ten thousand obtained substances reveal properties that may be useful in treating a disease. After that preclinical and clinical studies follow, registration with the health authorities and finally, the drug goes to the patients. Pharmaceutical companies spend hundreds of millions or even billions of US dollars to find a substance useful for treating a particular disease. Development of a drug may take ten years and often more. Sometimes the obtained drug reveals unexpected properties as occurred with Viagra which was initially intended to treat ischemic heart disease but suddenly revealed other unexpected properties, thanks to which it became widely known.

It is common knowledge that the development of efficient drugs involves much effort and money. Pharmaceutical companies must offset huge expenses for the development of the drug and set aside money for future research. For that purpose, they obtain patents that give them a lawful monopoly for 20 or even 25 years. Registration of a trademark for the drug is not a bad idea either which helps to gain popularity of the drug.

Realities of life are such that where there is a good drug it attracts attention, not only of practicing doctors but also of the competitive companies wishing to have their unwelcome share of the successful drug. These companies are generally termed as generic companies. There is nothing bad in the idea itself. Generic drugs are produced and sold in many countries, their share being some 50 to 60 percent in a given market. This, however, is correct in a situation where the relevant patent has expired and the company producing the original drug has had its share of the market and is working on a drug of the next generation with improved properties. For example, Humira (stands for вЂњhuman monoclonal antibody in rheumatoid arthritis) used in the treatment of many ailments needing immunosuppressive drugs were sold at more than $4000 per month in 2017. After expiry of the patent in Europe in 2018 generic companies were selling the drug for as little as several hundred USD. The UK ministry of health plans to save £300 million on Humira in 2019.

The problem of generics is also high on the agenda in Russia. Some generic companies are reluctant to wait until the patent dies and initiate production and sales of biosimilars before the expiration of a relevant patent. This has really been a headache for original pharmaceutical companies doing business in Russia. To a large extent, this is explained by the absence of patent linkage. The Ministry of Health does not check whether there is a valid patent and may issue a marketing authorization for generic drugs before the expiration of the relevant patent.

Currently, there are two practically independent systems of protection of drugs. One concerns state registration of pharmaceuticals to prove their safety, efficiency, and quality. The procedure of registration is regulated by the Law вЂњOn the Circulation of MedicinesвЂќ. Another is patent protection endowing the patent owner with the legal monopoly for the use of the drug in which the invention is used. These two systems are independent. Russian courts recognize that registration of drugs per se does not infringe patent rights however patent owners rightly believe that such registration creates a threat of infringement.

Russia is hopefully going to change the current situation and introduce patent linkage too. The Ministry of Health proposed amending the Federal law вЂњOn the Circulation of MedicinesвЂќ related to the submission and examination of an application for the state registration of drugs. The bill provides that the pharmaceutical companies wishing to obtain marketing authorization should submit information on the valid Russian patents and trademarks and confirm that they do not infringe the rights of other persons.

The above is not the only hurdle in the business of pharma. There is another problem standing in the way of normal pharmaceutical business in Russia. Several years ago the Federal Antimonopoly Service (FAS) came up with a proposal to grant compulsory licenses on the basis of administrative decision instead of court. In fact, the concept of a compulsory license is not new. Compulsory licenses are provided in the patent laws of many countries and Russia is not an exception. Article 1362(1) of the Civil Code (CC) sets forth that if an invention is not used or used insufficiently during four years after the grant of a patent any person may ask the patent owner to issue a license, and, in case of refusal, sue the patent owner and obtain a license through the court judgment. This provision is dormant, however, not a single license has been granted on the basis of that article so far. Similar examples may be cited from other countries: there was a Bayh-Dole law of 1980 in the US providing for the grant of compulsory licenses if research was made with federal funding, however even in that case no compulsory licenses have been granted.

It seems that prospects of the proposal to become a law are obscure and are tapering off to zero. Being disappointed with the dim prospects of accepting FASвЂ™ proposals some Russian pharmaceutical companies tackled the issue from a different angle.

The owner of the dependent patent when suing the owner of the original patent should prove that his invention is an important technical achievement and has significant economic advantages over the first invention. If this is proved the court may grant a compulsory license.

Proving a significant economic advantage may not be difficult for the prospective licensee. He did not spend money on extensive research and thus may afford cheaper prices riding on the findings of the owner of the original patent.

Important technical achievement is a requirement not easily defined

Some experts say that in many cases the results of preclinical trials of dependent inventions are not confirmed during clinical trials. Hence, in order to prove that the dependent invention is indeed an important technical achievement, the owners of such patents should conduct full-scale clinical trials in order to show advantages over earlier patents. They prefer not to do that but simply insist on the alleged importance of their technical achievement. With that poor armamentarium, they still go to court but may be expected to be dismissed. This issue is not simple.

Also, there has been a discussion in Russia about вЂњevergreenвЂќ patents. When the owner of the original patent develops its continuation, a dependent invention and obtains a patent, he is sometimes accused of unfair behavior wishing to extend the validity of his patent to eternity. However when such dependent patent is obtained by a competitor (presumably unfair) he and his supporters claim to have made important technical achievement.

The question arises: how can attempts to use other peopleвЂ™s inventions, for cheap be offset? There are several options confirmed by business and judicial practice. One is to file an appeal against the grant of a dependent patent with the Chamber of Patent Disputes of the patent office. Usually, the ground on which the appeal can be made is a failure to meet the вЂњinventive levelвЂќ requirement.

This seems to be a natural step because such вЂњsecondaryвЂќ patents, in fact, they slightly modify the original patents with some minor modifications without any tangible improvements. They do not possess better medical effects nor are they free from negative side effects. This approach is for the most part sufficient to have the patent cancelled.

In order to make obtainment of marketing authorisation impossible, steps are being made to introduce patent linkage as mentioned above.

The bottom line: never give up; the stakes are too high to ignore the opportunity to bring false вЂњinnovatorsвЂќ in line.