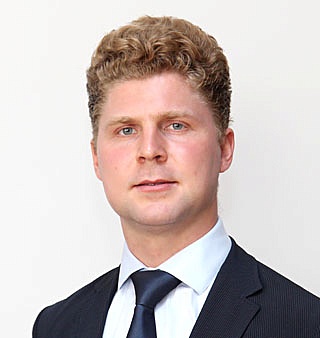 During 2015 and 2016 the dispute between taxpayers and the tax authorities regarding the exclusion of multinational enterprise (MNE) groups' Russian subsidiaries from the requirement to pay corporate income tax on so-called 'intra-group expenses' came under scrutiny.

Many MNE groups seeking to improve the efficiency of their business distribute their economic functions among their subsidiaries. For example, one company of a group may be engaged in manufacturing and others in distribution and market research. It is not uncommon for revenues to be concentrated in one company and costs to fall on another. In this regard, MNE groups must often distribute one of their companies' costs borne for the benefit of the whole group (eg, those relating to market research, research and development, advertising, ownership and IP management) among their other companies.

In general, the distribution of expenses among an MNE group is performed on the basis of cost contribution agreements between the affiliated companies. Under such agreements, the companies contribute to one of the companies' costs borne for the benefit of all of the group's members. The Organisation for Economic Cooperation and Development (OECD) recommends that countries recognise such contributions as expenses for the taxation of MNE groups. Further, the amount of such contributions should comply with the arms'-length principle (ie, it should correspond to the amount of the payment, which would be acceptable for an independent organisation in the same circumstances).

Because such cost contribution agreements between affiliated companies are not provided for by existing Russian legislation, payments to cover the costs of one of a group's companies are not recognised as expenses of the company and are thus considered to be payments from a tax perspective. Further, Russian tax legislation does not allow an MNE group's affiliated companies to be considered as a tax consolidated group. In this regard, such payments made by a Russian subsidiary to its foreign parent company will not be recognised by the Russian tax authorities as expenses and will incur corporate income tax at the full rate.

In recent years, in order to overcome the above problem, Russian subsidiary payments have been made as payments for services rendered by the parent company or a foreign company of the MNE group. However, contributions to the costs of an affiliated company incurred for the benefit of the whole MNE group are not always followed by the provision of specific services that would justify the costs incurred. In this situation, the Russian tax authorities will not recognise such payments as expenses incurred due to the absence of appropriate documentary evidence. This tax risk increases in the event of transfer of the tax base from Russia to a jurisdiction with a more lenient tax regime.

In such cases, the companies of an MNE group involved in a cost contribution scheme will conclude service agreements with each other and share the costs appropriately via the amount of remuneration paid for such agreements. As a result, this remuneration may be substantial in some cases, which will also draw the tax authorities' attention.

The Russian courts have traditionally treated the above actions by affiliated companies liberally. Payments relating to cost contributions in MNE groups are often only thinly disguised as payments for services rendered. However, such payments have been regarded by the courts as justified company expenses for tax purposes. In some cases, the courts have even made direct references to the OECD guidelines, which have yet to be implemented in Russia.

However, in 2016 Russian court practice in this regard began to change in favour of the tax authorities, which gained considerable experience in the collection of evidence and could refute the actual provision of services specified in the agreements. Further, the courts began to apply much more stringent requirements regarding taxpayers' evidence, which cannot simply declare that certain services have been provided, but must prove the relationship of such services to the economic benefits received as a result of their acquisition. The courts substantially raised the requirements for documentary evidence of the provided services and the exact personnel of foreign companies that provided such services. Further, the courts considered the possibility of the provision of services; if such services could be provided only in Russia, the taxpayer must provide evidence that the corresponding foreign company's employees were in Russia at that time.

The formal attitude towards the issue of justifying Russian subsidiaries of MNE groups' intra-group expenses has shifted. In order to defend their right to tax deductions, MNE groups may have to provide more detailed documentary evidence of the nature, scope and cost of the purchased services, including the mechanism for calculating the cost of each type of service.