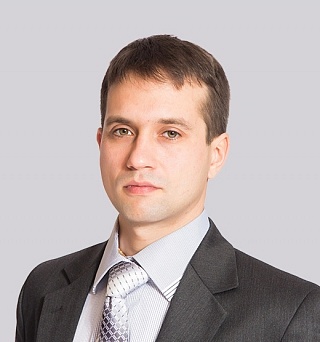 Legislative framework and causes of action

The trademark legal framework stems from:

Trademark owners may enforce their rights in a variety of ways, one of which is by filing a lawsuit with a civil court. Upon discovering an infringement, the rights holder may file a lawsuit and submit the relevant evidence confirming:

The rights holder has three years from the date of becoming aware of the infringement to file a lawsuit. The lawsuit should be filed with the court that has jurisdiction in the place where the defendant has its registered office. In some cases the plaintiff can choose the jurisdiction.

Mediation is governed by Federal Law 193-FZ of July 27 2010 on alternative procedures for resolving disputes with an intermediary.

Under this law, the parties can enter into an agreement to mediate, specifying:

The partiesвЂ™ agreement on mediation proceedings can be executed in the form of a separate agreement or a mediation clause in any agreement concluded between the parties.

Arbitration is governed by Federal Law 102-FZ of November 21 2011 on arbitration tribunals.

If the parties do not respect the decision of the arbitration tribunal, the decision can be enforced under a writ of execution issued by a commercial court.

The enforcement of trademark rights through litigation starts from the filing of a lawsuit with a court. Before that, however, the plaintiff must send a cease and desist letter to the infringer; if the letter has no effect, the plaintiff may file a lawsuit 30 days after sending the letter.

Since most IP cases are handled by commercial courts, the IP Court established in 2013 was integrated into the system of commercial courts and acts as the firstinstance court for a number of trademark disputes and as the cassation court for all IP cases.

Both branches are headed by the Supreme Court. Within that court, the Judicial Board on Economic Disputes handles all economic disputes, including IP disputes.

Upon receipt of a lawsuit the judge checks whether it meets formal requirements and suggests corrections to deficiencies, if any.

In the preliminary court hearing the parties present evidence, file motions and state their arguments. The court decides whether the case is ready for the hearing on the merits and sets the date of the substantive hearing.

Hearing on the merits

During the hearing on the merits, the judge opens the court hearing and announces the case subject to consideration; he or she checks, among other things, the identities of the parties to the case, of their representatives and of other participants, and verifies their powers. The judge also ascertains whether any persons who have failed to appear in court were properly notified; he or she additionally announces the composition of the commercial court and explains their rights to the parties.

Further, he or she establishes whether:

While conducting the hearing, the judge ensures the comprehensive examination of the evidence and facts of the case, and considers the motions of the parties.

If circumstances dictate, the hearing may be postponed to a later date, depending on the workload of the court and the convenience of the parties.

"Equipment, other devices and materials mainly used or intended to violate the rights holderвЂ™s exclusive rights shall be removed from the market upon the courtвЂ™s decision and destroyed at the infringerвЂ™s expense"

The judgment is delivered after careful examination of the case. The judge retires to his or her conference room, makes a decision there and, after returning to the courtroom, announces the ruling. When delivering the judgment, the judge evaluates the evidence and arguments presented by the parties to back their claims and objections. He or she:

A written judgment is sent later to the parties.

If no appeal is filed, the decision of the first-instance court becomes final and executory one month after it was issued.

Under Article 16(1) of the Commercial Procedural Code, commercial court decisions are enforceable against all public authorities, local government bodies, other bodies, organisations, state officials and individuals.

If the losing party fails to comply with the judgment, the ruling can be enforced by the bailiff service on the basis of a writ of execution issued by the court.

Remedies available under Article 1252 of the Civil Code in connection with unlawful use of a trademark include the following:

The rights holder may claim damages for losses and lost profits.

Instead of damages, the rights holder may claim:

The rights holder may request the destruction of any counterfeit goods, labels and packages bearing an unlawfully used trademark or a confusingly similar designation at the infringerвЂ™s expense.

Equipment, other devices and materials mainly used or intended to violate the rights holderвЂ™s exclusive rights shall be removed from the market upon the courtвЂ™s decision and destroyed at the infringerвЂ™s expense.

A motion for interim injunction can be filed along with the lawsuit or at any stage of the court proceedings before the judgment is issued.

The security measures include:

The court shall consider each case on the basis of arguments and evidence provided by the parties. It does not matter to the court whether the parties are domestic or foreign entities.

According to the general rule, each person is obliged to prove the circumstances on which it relies.

Therefore, in the absence of discovery proceedings under Russian law, it is necessary to pay close attention to collecting and securing evidence of infringement.

Sometimes the plaintiff may face difficulties in collecting evidence, especially where evidence is in the possession of the defendant or a third party. In such cases the plaintiff may file a motion seeking an order to submit evidence. The evidence must be specified in the motion along with the circumstances significant to the case, which may be established by this evidence, as well as the reasons impeding the obtainment of this evidence, and its location. If the motion is satisfied, the court orders the person possessing the evidence to present it.

Written and material evidence, statements of the parties, expert opinions, consultations of specialists, witness testimonies, sound recordings and videotapes, other documents and materials are all admissible as evidence.

Material evidence may be examined at its location if it cannot be presented to the court.

Evidence may also be kept in the premises of the court. Measures shall be taken to keep evidence unaltered.

In order to clarify the matters arising in the consideration of the case and requiring special knowledge, the court may order an expert examination upon the motion of a party to the case or by consent of the parties to the case. The court may order an expert examination at its own initiative if this is provided for by law or stipulated in an agreement, or is necessary:

In trademark infringement cases, one of the questions to be decided by the court is whether the disputed sign is identical or similar to the plaintiffвЂ™s trademark. The court may decide this itself or, if special background knowledge is required, may appoint an expert to write a report. The similarity of two word designations used on the goods of the plaintiff and those of the defendant can be resolved by the court from the standpoint of the ordinary consumer; this does not thus require special knowledge.

When fighting trademark infringement allegations, it is possible to claim:

As a countermeasure, the defendant can initiate separate administrative proceedings before the Patent Office to cancel the registration of the mark claimed by the plaintiff. The mark owner may withdraw its claim if it feels that there is a risk it will lose its trademark through cancellation proceedings.

The judgment of a first-instance court can be appealed to the competent court of appeals within one month of the judgment being issued in full. In practice, this usually happens within five working days of the hearing at which the decision is announced to the parties. The court of appeals can reconsider the case on the merits. Its decision is enforceable immediately after it is issued in full and can be appealed to the IP Court acting as the court of cassation in trademark cases. The IP Court checks whether the lower-instance courts have applied the regulations and procedural laws correctly. Decisions of the IP Court can be appealed to the Judicial Board on Economic Disputes of the Supreme Court and further to the Presidium of the Supreme Court as the supervisory instance.