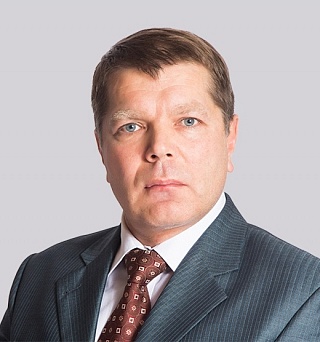 This article first appeared in Global Patent Prosecution 2022, a supplement to IAM, published by Law Business Research - IP Division. To view the guide in full, please go to www.IAM-media.com.

IP rights, among other fundamental human rights, are introduced by the Russian Constitution and further detailed in Part IV of the Civil Code as the main civil rights legislation source (revised August 2021). At an international level, Russia is a party to most agreements and treaties on IP matters, including the Paris Convention, the Patent Cooperation Treaty, the Agreement on Trade-Related Aspects of Intellectual Property Rights and the Eurasian Patent Convention (EAPC), among others. Examination and grant of industrial property rights are conducted by Rospatent, which functions as the Russian patent and trademark office and, in general, does not differ substantially from other main patent offices.

A granted patent for an invention certifies exclusive rights for the invention throughout Russian territory, thereby giving the patentee a right to authorise any commercial use of the patented invention during the whole patent validity term (ie, 20 years from the filing date). However, for patents relating to pharmaceuticals, pesticides or agrichemical inventions, the use of which requires special approval, this term is extendable for a maximum of five years.

In Russia an invention is protectable as a technical solution, in any field of technology that relates to a product (in particular, a device, substance, microorganism strain or a culture of cells of plants or animals) or a method (a process of performing actions on tangible objects by tangible means), including use of a product or method for a specific purpose.

The following statutory inventions are not recognised:

A complete patent application, that is admissible for further examination on merits, should include a filing petition, a specification, figures, claims and an abstract – all these documents must be in Russian. Nevertheless, to obtain a filing date it is sufficient that an application include only a filing petition in Russian; its other materials may be in any other language.

This possibility exists for any application, not only those entering Russia as Patent Cooperation Treaty nationalisations or Paris Convention filings, but equally for divisional applications filed with Rospatent and claiming priority from already pending parent applications. Not only can a divisional application be filed in a language other than its parent one, but it may also be filed without claims (both Russian translations and claims can be submitted later).

Divisional applications can be filed voluntarily, at any time of pendency of their parent applications before the parent patent is granted and registered with the State Patent Register, or before exhausting the possibility of appeal. Filing divisionals from divisionals can be done as many times as the applicant wishes.

The specification of an application to be filed should fully disclose the technical essence of the claimed invention sufficiently for a skilled artisan to implement the invention. The claims should clearly define the claimed subject matter and rely fully on the specification. Besides drawings, the applicant has a right to submit 3D models in electronic form.

Patents are granted for applications that successfully pass through formal and substantive examination. Formal examination verifies whether the application includes all the required materials and whether they meet the acting formal requirements.

Substantive examination can be requested within three years of the date of filing. For Patent Cooperation Treaty applications entering a Russian national phase, this three-year term is counted from the international filing date.

Consideration of claimed inventions at substantive examination goes through the following stages:

Verifying the sufficiency of disclosure assumes that the application documents:

If a lack of unity of invention is established, a corresponding notification is issued by Rospatent. Responses should be submitted within three months of the mailing date of the notification, without any available extensions. Absence of a response does not stop examination on the merits, which continues with all but the first group of inventions excluded.

Violations identified at any of the later stages result in the issuance of regular office actions, which can be responded to within three months of the issuance date, with a possibility to apply for monthly extensions of up to 10 months in total. If a response is not duly filed, the application is deemed withdrawn.

Successful completion of all examination stages results in issuance of the final decision on patent grant; otherwise, a final decision refusing patent grant is issued. The final refusal decision is always preceded by a notification on the results of a patentability check, which can be responded to within six months of its mailing date, with no extensions available.

In accordance with present practice, the issuance of a final decision is typically preceded by one or two office actions or notifications, while the first office action or notification (or, in the absence thereof, a positive decision (a typical scenario for which the patent prosecution highway has been requested)) is typically issued six to seven months from the beginning of substantive examination.

There is no option for re-examination or opposition in Russia. Nevertheless, after the information about a pending application for an invention has been published by Rospatent, any person has a right to provide observations on the patentability of the invention. The observations will be considered in substantive examination of the application. Such a submission, however, does not give said person any procedural rights during the examination. Publication with respect to a pending application for invention, which has successfully passed through formal examination, will be performed within 18 months of the filing date and, after publication, any person has the right to study the application documents.

A final decision on patent grant or its refusal can be argued by filing an appeal with Rospatent within seven months of the mailing date of the decision. A missed term for appealing a Rospatent decision (as well as missed terms for requesting substantive examination and responding to an office action) can be re-instated within a year of the missed term.

An appeal drafted against a previously issued patent for one or more of the reasons listed above and filed with Rospatent will be considered at oral hearings held by the board made up of three members appointed by Rospatent. As a result of the consideration, a decision to either satisfy or decline the appeal can be taken. During consideration of the appeal, an assignee of the patent being appealed has a right to amend the claims, without extension of the scope defined. If the amended claims are identified as allowable, then a new patent instead of the appealed patent will be issued with the claims (ie, the appealed patent is partially invalidated). The estimated duration of invalidation-related considerations is four to six months.

Rospatent decisions regarding invalidation can be appealed at the Court for Intellectual Rights. As a result, the court may either support or revoke the decision. In the latter case, Rospatent is typically obliged to reconsider the appeal.

Use of a patented invention is not required for the respective patent to be maintained or enforced. If, however, the patented invention is not used or is used insufficiently in Russia, without legitimate reasons, over four years from the patent’s issuance, any entity or person that desires to use the invention and is able to use it, but who did not succeed in concluding a licence agreement with the patentee, may apply to the court for grant of a non-exclusive compulsory licence.

The Eurasian Patent Office (EAPO) is based in Moscow. Russian is the working language of prosecution for Eurasian applications at the EAPO.

Current Russian legislation makes available patent protection for inventions that is broadly similar to other key jurisdictions and provides reliable protection of patent rights. It is also possible to protect technical solutions as utility models as another way of obtaining patent protection in Russia. The level of prosecution in Rospatent is high in terms of quality-duration costs. Russia’s membership of the EAPC enables patent protection to be obtained in Russia and seven neighbouring countries.

Alexander Vladimirov
All articles About the author